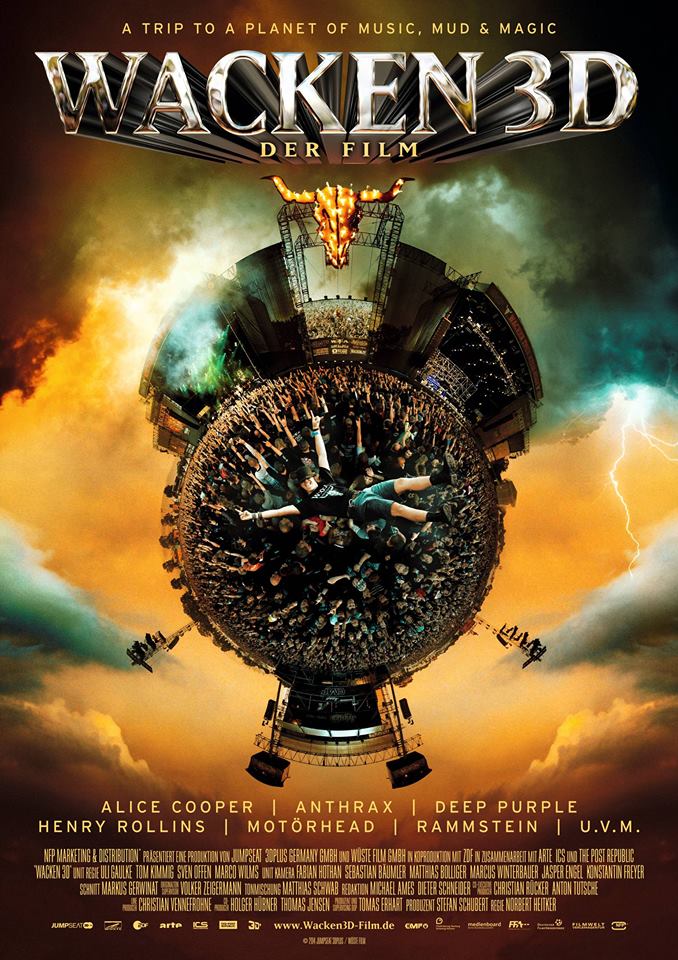 For the 140 people from the WACKEN 3D – louder than hell film crew, the Wacken Open Air Festival was a trip into a entirely separate universe. And what Wacken has identified for them were the fans, the friendliness among the people, the emotions, the mud and the Giant fun, fully submerge 4 days – that now lies for u in four short trailers, which are now also running in many German theaters as a preview.
The official premiere of this festivalmovie in German Cinemas is 24 july.