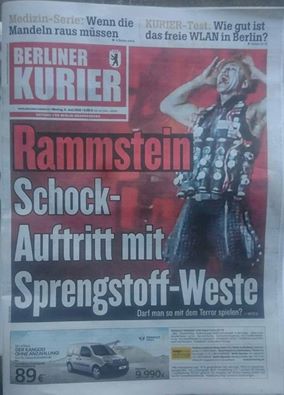 After 3 years of silence, Rammstein made a shocking return on stage last week.
With a new show and some new effects the band played there first live show in 3 years, last week at the Gods Of Metal festival in Monza, Italy.

Rammstein is already known for there shocking performances, but this time many people find it way over the top. 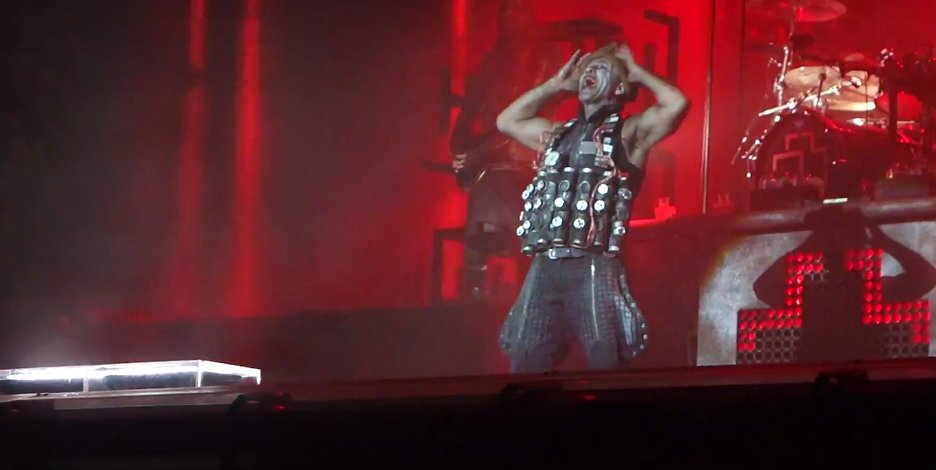 The band plays the song “Zerstören” for the very first time live during this summer festival tour.
The band starts this song and singer Till enters the stage tap dancing and wearing a large coat.
Nothing special you would think. But this song will end when Till takes off that coat and revealing a bomb belt and letting it explode afterwards.
Terrorism as theme for this song will not be very suitable according many people, because of the resent IS attacks in Paris and Brussels.